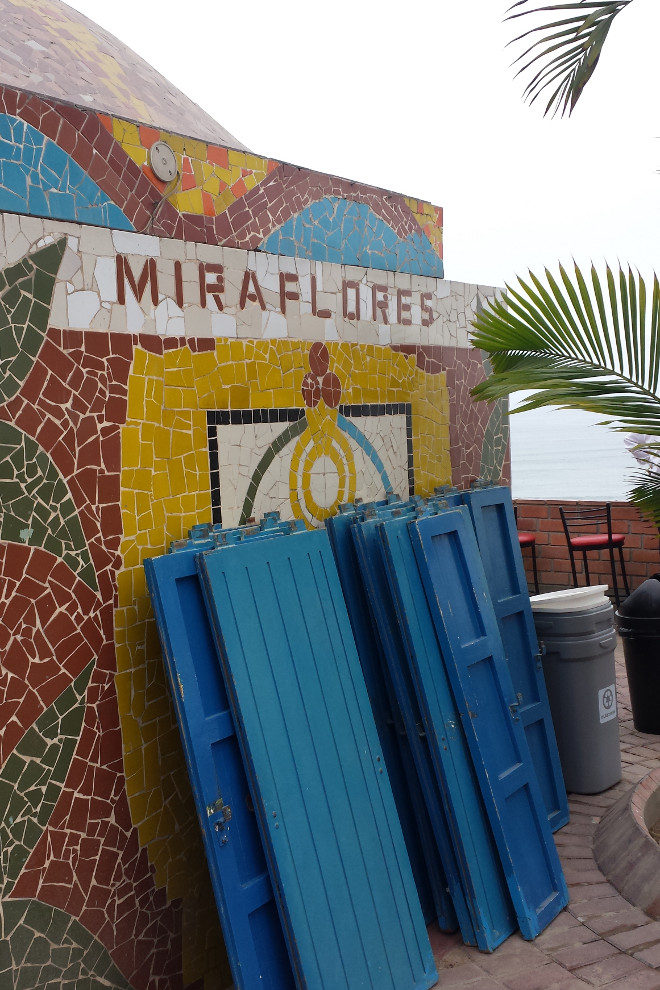 We started our day heading out to the ruins for a quick tour and learned a lot about the ancient Peruvians back in 400 AD, that’s a damn long time ago!

They made their structures out of mud mixed with shells and pebbles and shaped them into bricks and then stacked them using the ‘bookshelf’ method which was so strong that it withstood an earthquake that flattened half of Lima’s more modern buildings.

It was quite an interesting tour about what they ate, how before the built each building they made a human sacrifice, weird, and we got to see how they grew all their plants and raised pet Lamas to help carry things and keep them warm with their wool.

Then we headed over to the Parque del Amour which means the Park of Love, the name may have something to do with a giant statue of a guy spooning a girl in the middle of the park, not sure I understand the Peru way of things but hey, whatever rocks their boat.

After we finished relaxing in the shade of the spooning statue we headed to the biggest mall in Peru, it was quite amazing considering it was built into the cliff over looking the ocean form every window.

We had a wander around and found ourselves at a restaurant that had us sitting out enjoying the views of the coast, it was quite peaceful.

Once we finished out delicious sandwiches we ended up finding a bowling alley, a few language barrier problems later we were on the lanes.

We tried to get a best of 3 but with only 30 mins we only got out 2 games, which we came a draw, but we’ll give this one to Adam as he floored it in the last game with nearly all spares and strikes.

Getting a bit excited now we spotted a cinema, for those of you who don’t know, we go to a cinema in nearly every town/city/country we go to.

What can I say it relaxes me and I love to see how other countries do it and Peru gets all high marks except for the annoying subtitles that I can’t turn off!

Where We Stayed in Miraflores