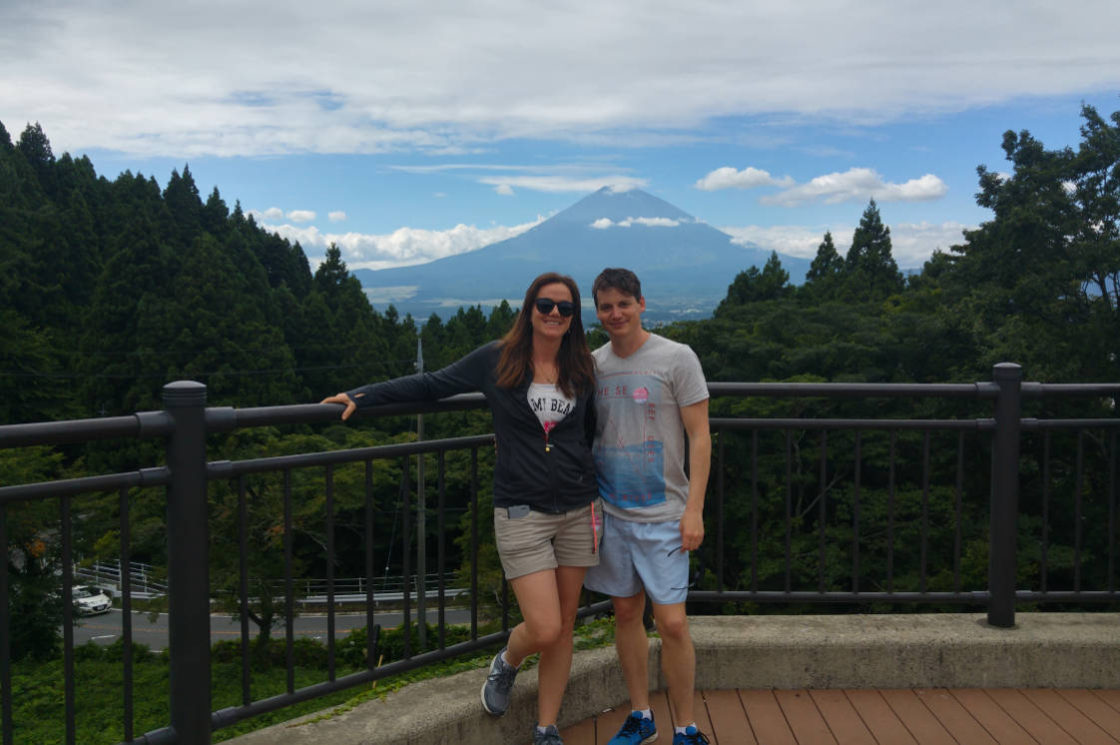 Asia is one continent we have not explored too much, visiting only three countries on our travels so far.

In 2010 we visited Thailand and Malaysia with our friend Aaron and Fiona.

It was then a long time in between drinks, with our next adventure coming in 2017 when we visited Japan. Adam did a solo trip in 2015 to the United Arab Emirates, if that counts?

It is certainly one continent we do want to discover some more with places such as India, The Great Wall of China and Nepal high on our travel bucket list.

When the draw for the AFC World Cup Qualifying was announced and it was made official we were in a group with Japan, we knew it was our time to finally visit Tokyo.

We booked some flights, registered with The Fanatics (who we used for the 2010 and 2014 World Cup’s) and played the waiting game until late August 2017.

Adding to the excitement was that we were lucky enough to fly business class on the way over using our frequent flyer points.

Riding through a busy Tokyo intersection

All in all, we spent six nights, all if it in Tokyo. We saw the Socceroos vs Japan match, did an 8-hour bike tour of Tokyo, visited the picturesque Mt Fuji, as well as making some great friends along the way.

It proved to be a great little taster of Japan. We’d heard good things, but weren’t sure what to expect.

But now given we love Tokyo and how friendly the Japanese people are, we vowed to return again.

One thing on our bucket list is to climb Mt Fuji, so who knows, maybe we will return there again very soon.

In May 2010, we jetted off to Thailand for 12 nights, followed by 3 nights in Kuala Lumpur, Malaysia.

We went there with our good friends Aaron and Fiona, staying at an awesome resort called the Patong Merlin.

This was our first ever trip to Asia, and while we did enjoy it, the humid heat and lack of quality food, plus people trying to sell stuff in your face every time you walked up the main street got a little frustrating.

On a boat tour in Thailand

We were also there for the FA Cup Final (which Chelsea won) and what turned into a pretty wild night where some memory was lost.

At the end of our trip we added on three nights in Kuala Lumpur. To say this was a busy city is an understatement. And extremely hot and humid!

The main highlight was a trip up the Petronas Towers, as we ticked off another world landmark.