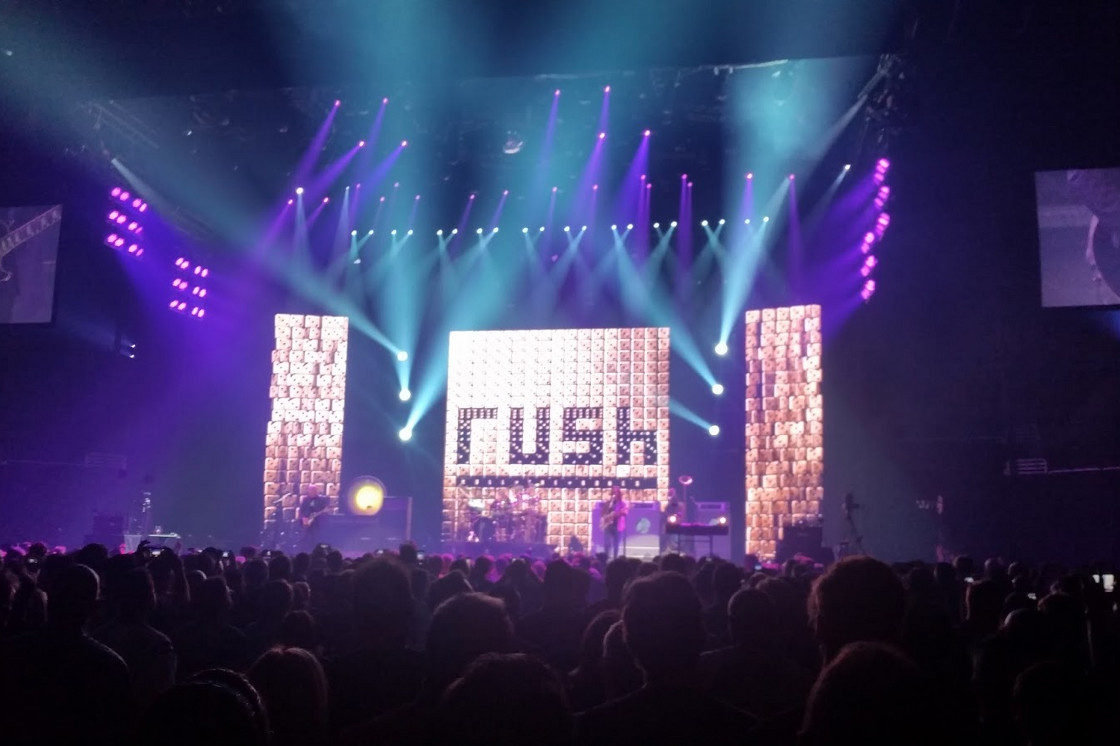 Ring ring ring, the sound of our 7am alarm woke us up and we were happy to know we survived the night in our cheap Super 8 motel. It wasn’t the nicest place ever, but it did the job.

It was time to hit the road early with 5hrs of driving coming up. Tonight was the Rush concert so we were very excited (well Adam was anyway). The gig was in Kansas City, another place we’d been looking forward to a lot.

First stop was Des Moines though, the capital city of Iowa. Usually it is a 2hr or so drive to get there, but road detours and slow traffic on the single lane roads made it closer to two and a half hours.

It was a pretty uneventful drive with the scenery mainly just cornfields and old towns that look like they had arrived from an 1850s timewarp. We arrived in Des Moines around lunchtime to what was a pretty hot day.

After a bit of exploring up the main streets, we stopped by the State Capitol building which was very impressive, before grabbing some shade under a tree and having a rest as we watched the world go by.

On the way back to the car we stopped by Jimmy Johns (perhaps for the last time?) and then continued our journey to Kansas City. It would be another 3hrs on the road before we arrived around 4pm.

We’d used Airbnb to book an apartment and this place was, in a word, epic.

It was like a little loft apartment type thing and had been renovated to look absolutely stunning. It even came with a keyboard in our bedroom as well as a rooftop overlooking the city!

After a little rest from the long drive, we walked into town and grabbed some Mexican right near the Sprint Center. There were Rush fans everywhere and they are a bit of a different crowd to your usual rock fan. The buzz was starting to get exciting now.

By now it was after 7pm so we headed to the stadium. We took our seats which were about 20 rows from the front on the floor level. Now it was show time!

The crowd went absolutely off top when they come out. These guys have one of the most loyal following of any rock band in history and this was their 40th anniversary tour, so you could imagine how loud it was.

Meanwhile the sets changed from big grand designs at the start, to a tiny little basketball stadium for the last few songs, which is where they originally played their music to a about 50 people rather than a full stadium.

Highlights were Headlong Flight, Roll The Bones, Jacob’s Ladder, Tom Sawyer, Xanadu and of course the epic 2112. They even had the South Park characters intro Tom Sawyer which was pretty cool.

All in all the show lasted for well over 3 hours and would have to go down as one of the best concerts we’d seen. Not bad considering we only picked up the tickets last week.

Still buzzing after the show, we decide to drop by a jazz bar on the way home for a beer as we were pretty dry from standing for over 3 hours. We got talking to a jazz pianist there and a crazy, yet nice bar lady who was good for a bit of a laugh.

Tonight was one of the better days of our trip so far and one we won’t forget. We have one more day in Kansas City tomorrow before heading to Colorado the following day for our rafting trip. That is a 10hr drive, argh!

Where we stayed in Kansas City