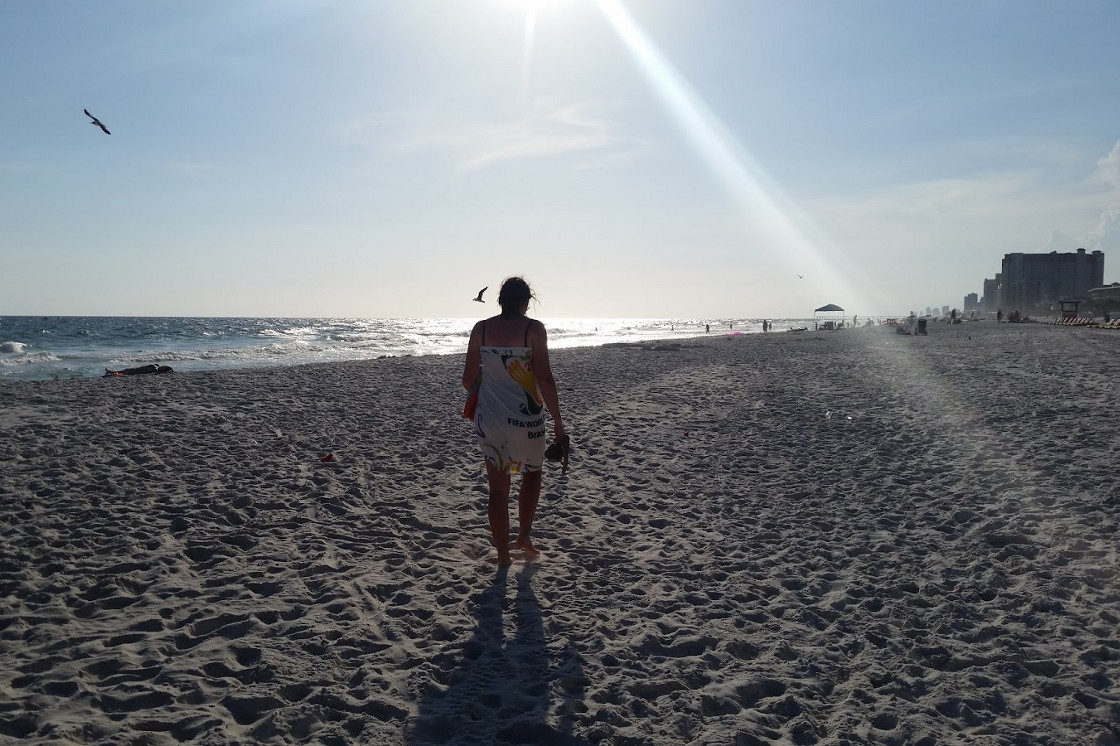 Off to the beach in sunny Florida

It was finally off to some good weather and on to the beach. After changing our itinerary slightly to spend one less day in Jackson and skipping Tallahassee, it meant we could spend two nights in Panama City Beach.

We get up early and have breakfast, which was slightly disappointing, especially since it cost us $20 and it was pretty ordinary. Then we repack, check out of the hotel, but not before getting ourselves a DoubleTree cookie!

With a 4 hour drive on the cards, plus wanting to spend a few hours at the beach, we wanted to get on the road early.

As usual, it absolutely belted down rain on our journey, so much so that we had to drive slow as it was that hard to see the road. 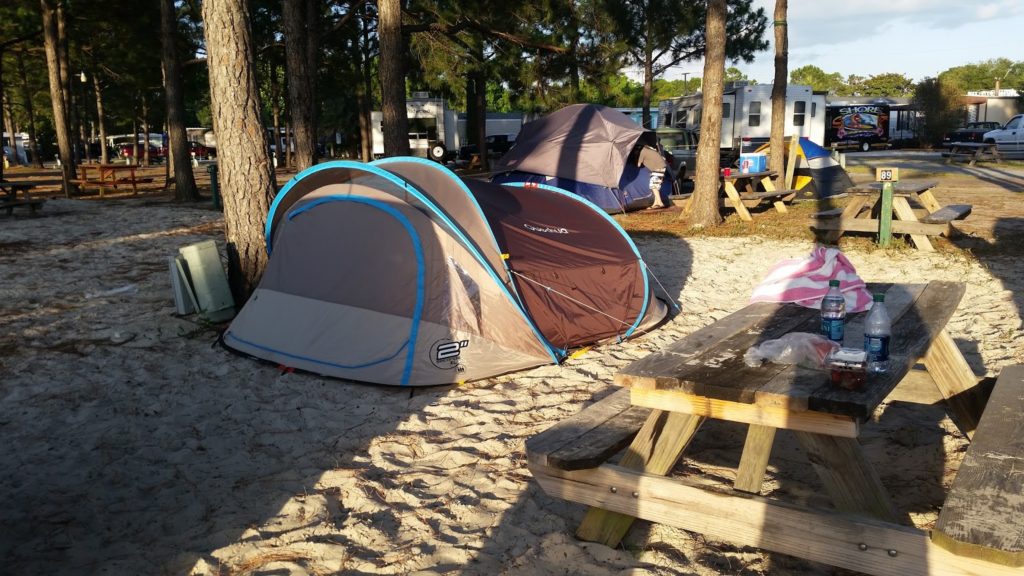 About 1:30pm we finally arrive in Panama City Beach to beautiful weather. We quickly check in, set up our tent and then go look for supplies like towels, umbrellas for shade and grab some lunch. There was a New York Hotdog place right next door and it was damn fine!

Panama City Beach is one of the better ones we have ever been to, so it was well worth changing our itinerary to come down here. We lay in the sun for a while with our new towels before jumping in the water as it was bloody hot.

The water was superb, in fact, it was just like a bath, although it as rough as guts. We stayed in there for an hour or so then walked back to our campsite and jumped in the pool for a bit, which was just as nice.

By the time we had showered and got changed, it was about 6:30pm, so we went driving to look for somewhere to eat.

To our surprise we found a Thai restaurant which was damn good, so was good to have a change from the usual fried food and burgers which is all they seem to have down south.

After tea, we dropped by for a look at an amusement park which looked ok, but was pretty expensive. We shot some hoops in the local arcade and then headed for a game of mini golf at a pretty cool little course.

It was an epic match too which came right down to the final shot. Adam winning 48-49!

It was getting on a bit now so we headed for a nightcap at a local diner and then headed to bed pretty tired after a long day.

The last thing we needed was for the mattress to have deflated, but that was exactly what had happened. Damn annoying, so we had to re-pump air back into it.

Where We Stayed in Panama City Beach