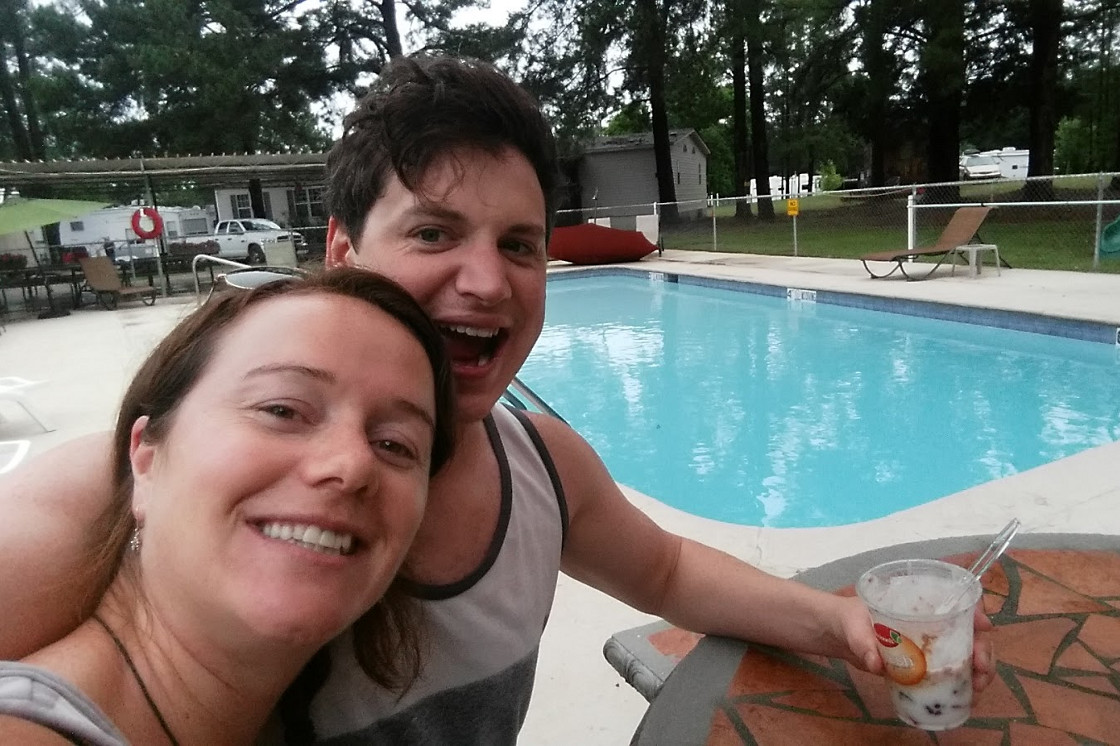 Opening our tired eyes this morning we look at the time and it’s 8:30am, surprised that we had slept so long after we were contemplating packing up at 4am because we were wide awake, we must have been exhausted.

Assessing the damage it looked like it was just wet and muddy, so we get creative and buy a roll of paper towel and take to the tent like spilled milk.

With most of the mud now gone and as much water that we can shake off we fold the trooper of a tent up, waterproof the boot with the ponchos that we got from San Diego zoo and we set the GPS for Jackson, Mississippi.

Pulling into Jackson we notice how empty the streets were, thirsty we stop at a coffee shop only to find a note on the door saying they’re closed down…

We drive further along and there’s nothing, not one shop, restaurant, cafe, nothing. And there was more police patrolling in their cruisers than people walking on the street, interesting.

We find a Starbucks on google maps and head for that, sure enough there was a little pocket of shops about 10 minutes from the center of town, this was going to be a long day.

With literally nothing to do in the city we decide to watch the NBA and NHL from the comforts of our room and get some dinner from the Taco Bell across from the hotel.

Our food in hand we settled in front of the TV until.. The power goes out, all across Jackson, if it’s not a tornado or storm it’s the electricity!

The power wasn’t due to be back on for a few hours so we go back down to the car, get the tent and open it up inside the room so it can dry out.

A faint smell of dirt and mud still remained on the tent.. So with nothing to do it was bath time, we get a couple of face towels and give the tent a nice soapy wipe down from head to toe until she’s gleaming and looking a million bucks. A job well done.

Click, the power comes back on at around 10:30pm, with a failed attempt at getting the TV to work with a usb card so we can watch a movie we downloaded, we switch off and go to sleep, happy to have no immediate danger to our lives for one night.

Where We Stayed in Jackson