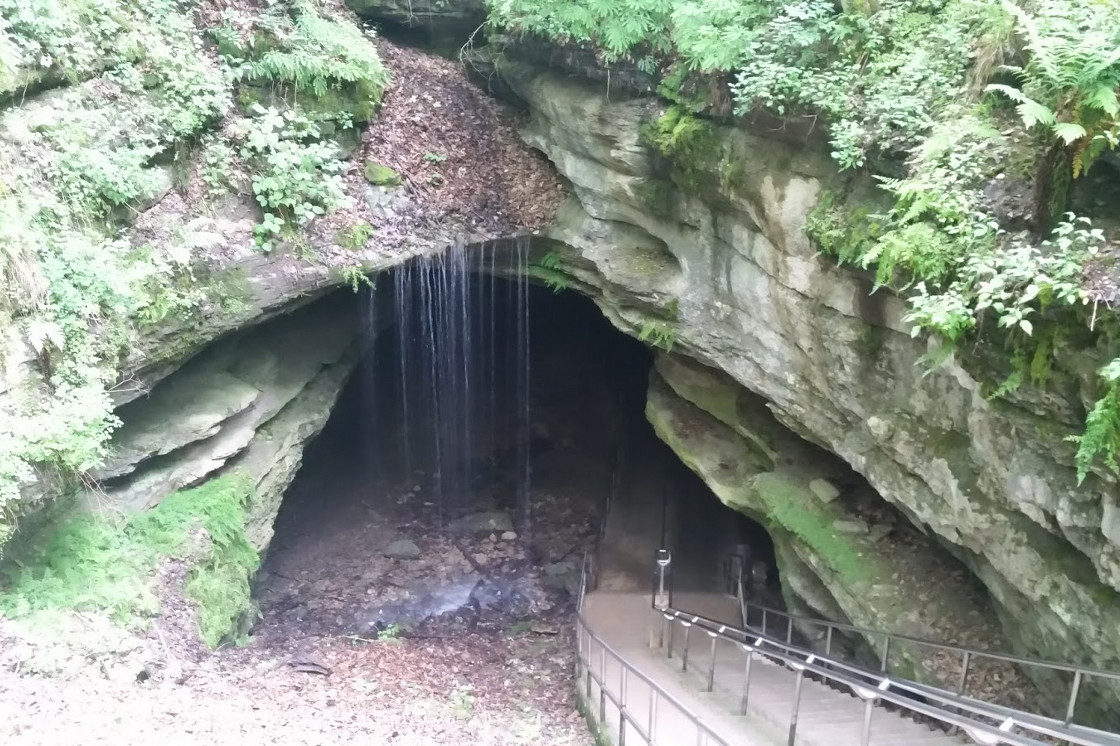 With our schedule changed from yesterday, we were now heading to the Mammoth Caves Park in Kentucky before heading to Lexington for the night.

Lexington being the horse racing Capitol of the world we were in our element.

We take the steps down into the cave after a big spiel from our tour guide then walk through a passage way and into a huge cavern, to say it was mammoth was an understatement, the caves were huge!

With not even a beautiful cave escaping the grips of war, we find out that they used to mine chemicals down here which they then turned into gun powder and sold them on to the troops for the 1812 battle with England.

After the war the demand for gun powder was diminished as they were now importing it cheaply from India so the mine closed down. With the cave not creating revenue, they opened it up and turned it into a tourist attraction and started doing tours, hundreds of years later they are still going strong.

We were very impressed and fascinated, each room, nook and passage was beautiful and you could feel and see the history of the caves all over the walls and floors.

Back in the day if you tipped your tour guide they would write your name on the cave roof using the black smoke from the candle, all of the names are still visible, some of them being done all the way back in the 1830s.

Leaving Mammoth Caves, we wanted to do another tour, but unfortunately we had to get going as we had the beautiful city of Lexington to explore before it got too dark.

Another short two hour drive and we had arrived, we check in and then head back out for some dinner and a wander around.

We end up at a very colourful restaurant called Shakespeare & Co and get stuck into our favourites, lasagna and spaghetti, and it was delicious!

Half way through dinner the women’s FIFA World Cup comes on and of all teams to be playing at that exact time it was USA vs Australia, what are the odds!

We watch this while heckling some locals after we get an equalising goal and then head out to have a walk. We come across the local Kentucky basketball stadium which was surrounded by a beautiful park and walk past an old movie theatre which we would have gone in had it not being for the rubbish movies that they were playing.

After walking around for a few hours we decide to head back and get some sleep, we had decided on another schedule change which was going to be one of the best yet, we were very excited for tomorrow!

Where We Stayed in Lexington