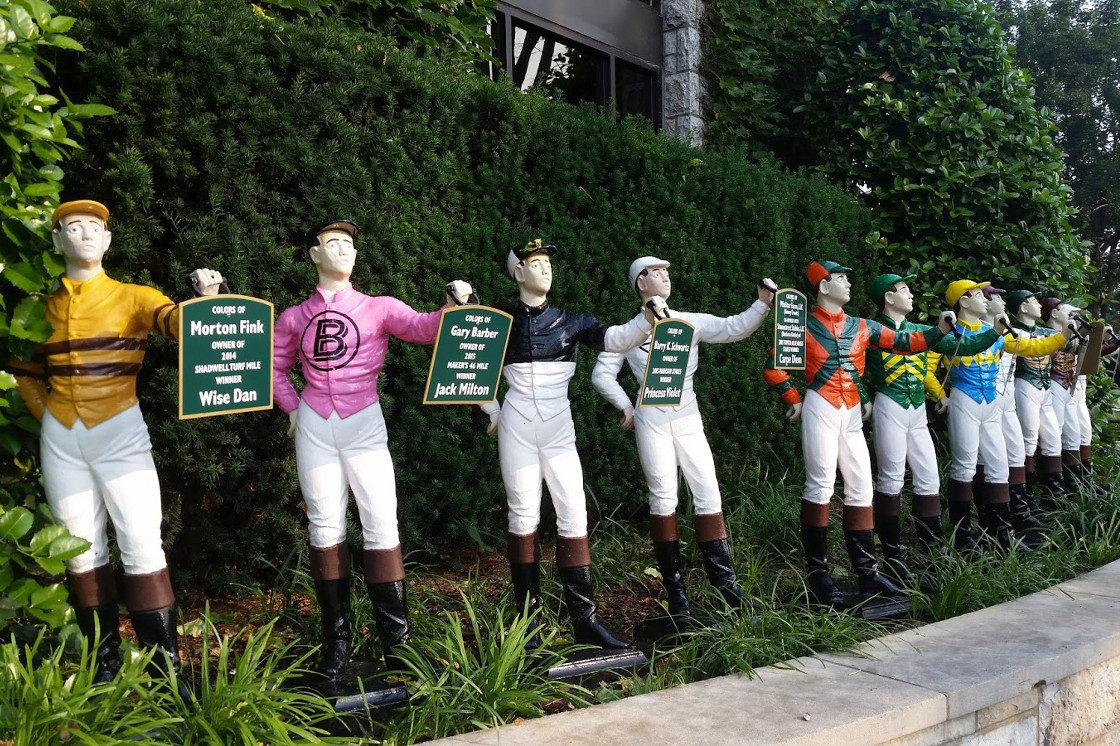 Keeneland the home of horse racing

Today was going to be a very good day indeed, one that will probably be the best day of the trip so far.

As luck would have it, the NBA Finals were just a 5 hour drive away from where we were staying in Lexington with Cleveland hosting Golden State.

That was too good an opportunity to pass up, so we decided to make a detour up there. But more on that later.

We set the alarm for 7:30am and decided to check out Keeneland race stables which is one of the most famous stables in the entire world. In fact it is widely referred to as the horse racing capital of the world.

It was just a 15 min drive so we grab a coffee and head there to watch the horses do work. After driving around what was like a labyrinth trying to find the entrance, we eventually find it.

Things did not start too well however. Not a minute after walking in, one of the horses had a trip and broke its leg, sending the jockey flying into the turf.

The horse tried to take a couple of steps, but his leg was wrecked and you could see it facing the other way. He stood there probably in great pain but barely flinched, as the vets came to put an end to his life.

That was a pretty sad thing to see, but we decided to go for a look around rather than watch that happen. They let you wonder around the stables on your own and nobody seems to care. We couldn’t imagine that happening in Australia!

They have a pretty good setup there and we understand American Pharoah, the horse which just won the Triple Crown here in America (first horse to do so in 4oyrs) is coming here to Keeneland for stud.

After an hour or so we decide to head off and hit the road. With a 5hr drive coming up, not to mention the fact we hadn’t even got tickets to the game yet, we still had plenty to do.