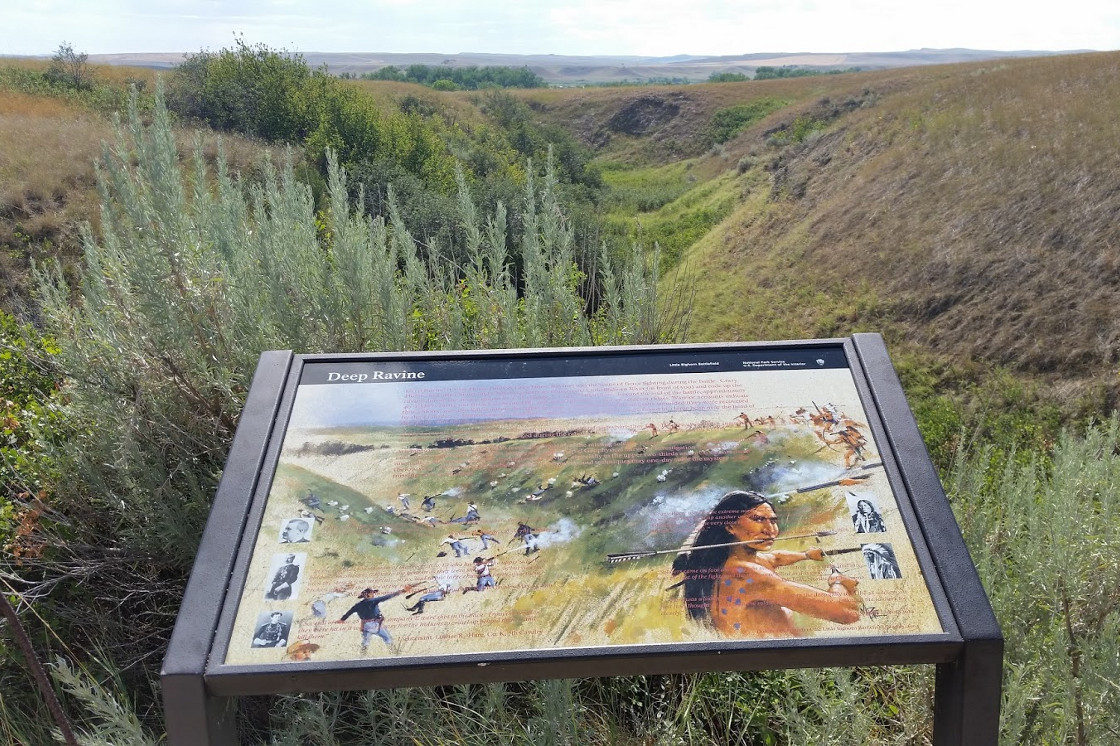 Today was yet another early wake up call with another long drive ahead of us. But it wasn’t too hard given the sun came up before 5am and woke us up. We finally got back to sleep, but were up again at 7:30am.

We were packed and ready to go by 8am with our destination being the Little Bighorn Battlefield in Montana. It was a 4-hour drive which we’re pretty accustomed to now and we took turns in 1 hour shifts.

However in the last half of the trip we had a dire situation with the petrol tank sitting on empty, no phone reception to find a petrol station and the GPS telling us the nearest station was 45 mins away. Not ideal when we are literally in the middle of no where.

Then by fluke about 5 mins later we stumble on a massive service station with a big supermarket inside it and even a casino inside! We briefly thought it was God looking out for us, but a second later realising there was no such thing and that instead we just got lucky.

So we decided to grab ourselves a sandwich, some snacks and some coffee then got on our way. We encountered some more issues with the GPS not picking up where our campground was, so ended up in not one but two random dirt roads, before we found some street signs that led us the right way.

It was a fairly nice campgrounds too. We were the only tent campers so had the pick of the sites, plus it was really open with beautiful scenery, so we were very happy with ourselves for finding this place.

Little Bighorn Battlefield is actually famous for the battle which happened back in 1876 where the white American settlers did battle with the native Indians.

This was our stop for the day and it was really interesting.

We learned the full story from a very over the top energetic ranger who spoke in detail about the battle. It was basically about the American cavalry encroaching upon Indian land in search for gold and then trying to take over an Indian village.

However unbeknown to them the Indians out numbered them and they also stuffed up their plans, so it led to an absolute bloodbath with the Indians wiping them out. We got to tour around and see where it all happened.

It is apparently the only battlefield in the world where they have memorials in the ground for where a soldier died.

There were hundreds of headstones littered around the fields indicating where an American soldier had died and it was pretty eerie.

We also got to go on top of the hill, also known as Custer’s Last Stand, where they were cornered and killed their horses so they could hide behind as cover. Needless to say they got wiped out.

Half of it was a walking tour and the other half a driving tour, where we come across some horses blocking the road along our way.

All in all it was another very interesting day and after about 3-4 hours there, we stop by a little café shop and grab ourselves some tea, before heading back to the campgrounds to relax for the rest of the night.

It was a beautiful evening where we got another great sunset, plus a chance to do some washing finally.

While we were waiting for our washing we stumbled across a Holy Bible, which provided us with a few laughs as we waited. Stories like Adam having his first child at age 130yo and dying at age 930yo, plus some man living inside the stomach of a giant fish for 3 days were highlights.

We even met a couple of people from Seattle and got talking to them for a while.

After a nice fun evening, we decided to hit the sack as we have a 5 hour drive coming up in the morning to the place we’ve been looking forward to – YELLOWSTONE!

Where we Stayed in Montana