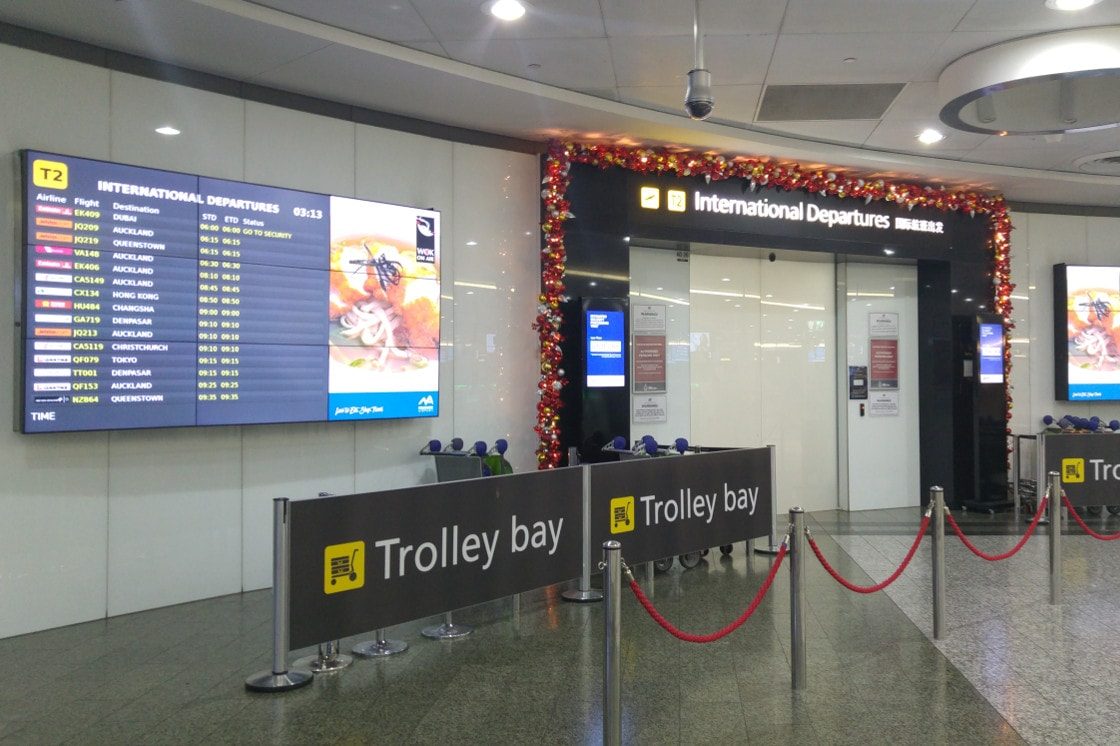 Xmas in Ballarat – Off to Paris

The time had finally come, we were off to Paris! But with the flight at 6am on Boxing Day, we decided to avoid sleeping so that we could sleep on the plane.

Our day started with a Christmas extravaganza at the nursery, where we sold some flowers and watered the nursery which is now a tradition every Christmas since starting the business.

Then it was off to Christmas lunch and tea, seeing our families for the last time before we headed off for our European adventure.

After stuffing our faces for the day, it was time to finally start packing our suitcases. We didn’t start packing till about 11am, but it didn’t take too long to do. We packed a lot of warm clothes considering it is winter in Europe.

Once 12:30am come around, it was time to set off to the airport to begin our journey. We parked the car in the long term parking area at the airport, which was much easier than asking someone to drop us off on Xmas night!

There was a LOT of waiting around at the airport. Considering the flight was so early in the morning, there was nothing open.

We checked our baggage in at around 3am and then had to wait in line till 4am to enter the customs area. Then it was more waiting around in the airport area, as the business lounge was shut due to the time.

Unfortunately we were not able to get upgrades as were purchased the tickets at a dirt cheap price on sale. We quickly learned that flying economy is a nightmare, as the lady next to us on the window seat had to get up to go to the toilet every 20 seconds.

About four times we were in deep sleep and she had to wake us up to get by. Given we avoided going to bed, so that we’d be tired and could sleep on the plane, this was a disaster. Plus there was a screaming baby for half the journey which added to our woes.

The flight was fourteen loooooong hours, but was made better with the fact we had free WiFi as well as television streaming. We got to watch the Christmas Day NBA matches which was a real bonus.

Finally we made it Dubai for a quick 2-hour stopover, before we continued our journey to Paris which would be another 7-hours. Unfortunately the flight was delayed by close to an hour which was less than idea. Again, we had a screaming baby for most the trip.

We landed about 8pm Paris time, collected our bags after an hour wait and headed to the train station and got a train into Paris, where we headed straight to the hotel and conked out.

All in all, we spent about 32-hours in transit from the moment we drove to the airport through to checking in at the hotel.

With a morning train awaiting us to Amsterdam in the morning, we went straight to bed. Our adventure has now begun!

Photos from our Flight to Paris