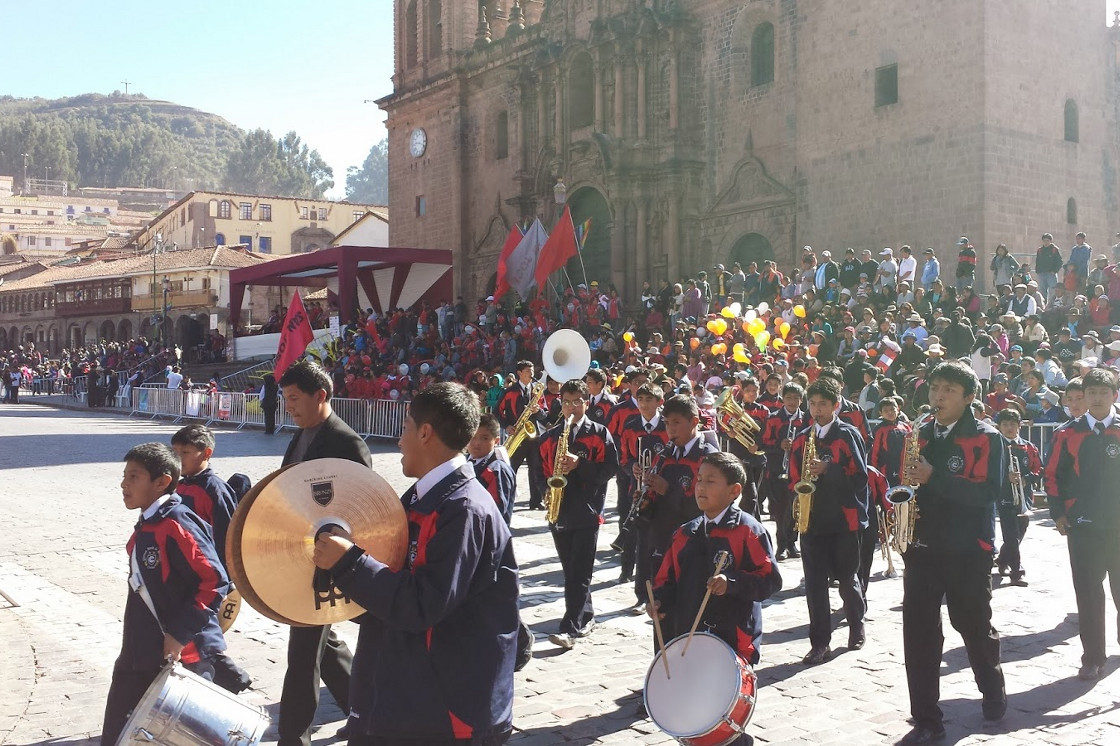 It was a tough night being back at altitude again, you would think that we would be used to it with most of the Inca Trail being a lot higher than Cusco, but for some reason it felt like we weren’t getting enough oxygen.

We dropped all our dirty camping clothes off at a laundry, these laundry places are awesome, it probably cost us about $4 to get an entire bag washed, dried and folded, we need these at home!

We had a quick breakfast and then it was time to check out and do a final farewell to Cusco.

Luckily for us there was a parade and festivities going on in the main square so we watched some kids doing some traditional dances which were pretty impressive in full peruvian dress.

Then we headed to the Inca Museum which was quite interesting now that we knew what we were looking at.

It was time to head to the airport so we bundled up all our bags into a taxi and a few hours later we were getting off the plane back in Lima again which surprisingly felt homely.

We put our bags in storage as we had an 8 hour stopover until our next flight to Argentina and then we jumped in a taxi and headed straight for the movies to fill in some time.

We had come a long way from our first day in Lima as we ordered our tickets and food in Spanish, we may as well be locals now as we even recognised the staff at our favourite sports bar that we went to for dinner.

It wasn’t long until we had to get to the airport again, it’s never a good time to be late which turned out to be very true, apparently you need to pay to get into Argentina but you can do it on check in or when you get into the country, you have to do it online and then print out the form…

Uuuuuhm.. With what computer people?! So a mad rush around we ended up getting help from the information people and got ourselves sorted.

With our boarding passed printed we noticed that we had gotten upgraded! Hell yeah! We even got complimentary passes to the VIP lounge, no idea why but we’ll take it!

We get on the plane and we get seated on the nicest seats right at the front, must be some sort of Incan luck rubbing off… With our flight going into the night we drift off, so excited to see what Argentina will bring when we wake up.