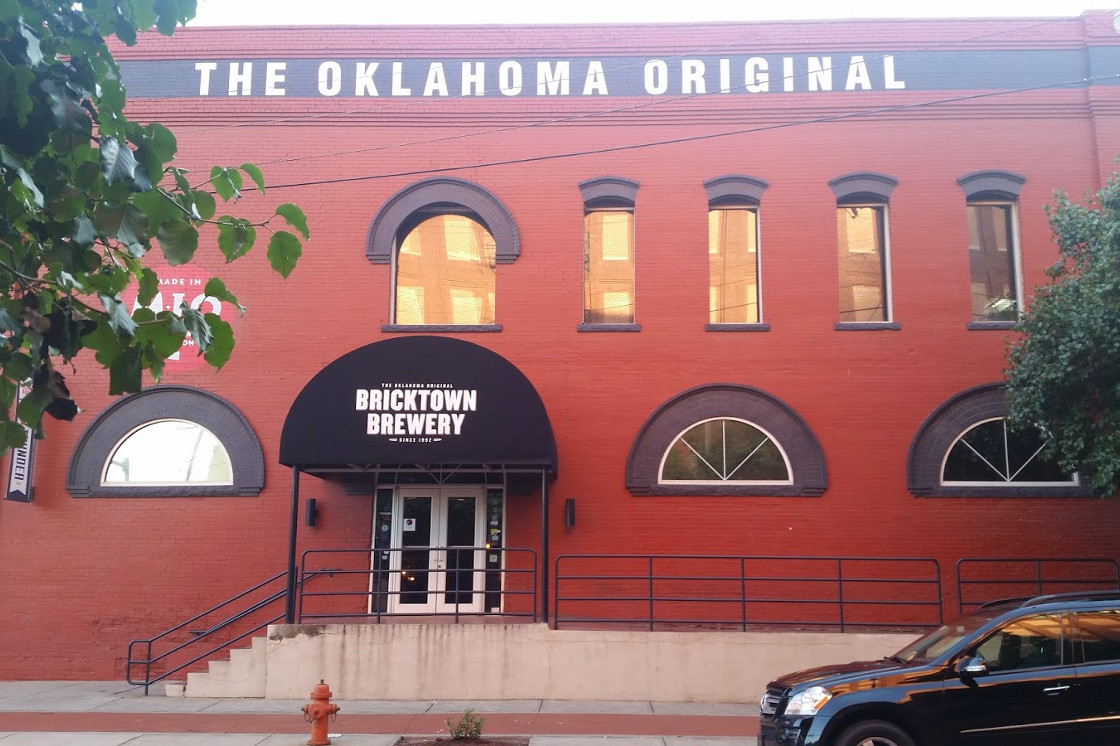 After a nice little sleep in, we head down for our buffet breakfast and start to plan our day ahead. But as usual, you guessed it, it was raining!

So we had to find some things to do inside. We hear they have a good Science Museum in Oklahoma, so that seemed like an interesting enough thing to check out.

It was pretty cool too. Plenty of interactive things to do as we traveled around the museum. Who knew learning could be this fun? We spent a good 2hrs there in the end.

After we walk out it is still absolutely belting down rain, so we make a mad dash to the car and set the GPS to take us to Jimmy John’s for lunch, yet again. As usual, it was a great feed.

By now the rain had started to stop a little so we thought it would be a good chance to go and check out Bricktown which has gotten some big wraps as a “must see” part of Oklahoma City.

It was good fun. We wondered up and down the canal area and throughout the different parts of Bricktown and we also found a kickass cupcake shop which we stopped at.

Then we found a micro brewery called Bricktown Brewery. They had a raft of different beers which they brew onsite including an amazing chocolate/coffee stout which went down a treat. We grabbed some wedges, watched the start of the NBA and NHL and then head off back to the hotel.

We had one last swim and spa where we met a nice dude who come from Kansas City, MS. We chatted to him for a while then went for a nightcap down in the lobby.

The last quarter of the NBA was on with Cleveland playing Atlanta in Game 3. It turned out to be a ripper with the Cavs winning in OT.

We also ran into yet another character while watching the game. Some guy obsessed with the Rubik’s Cube who could solve it in less than 30 seconds. He just sat there messing it up, then solving out. I reckon he solved it about 10 times while we sat there.

It was a great three days in Oklahoma City and we’d love to go back and visit again one day if it was a bit dryer. There was still plenty of things we missed out on seeing and it was our favourite stop of the trip so far.

Where We Stayed in Oklahoma City