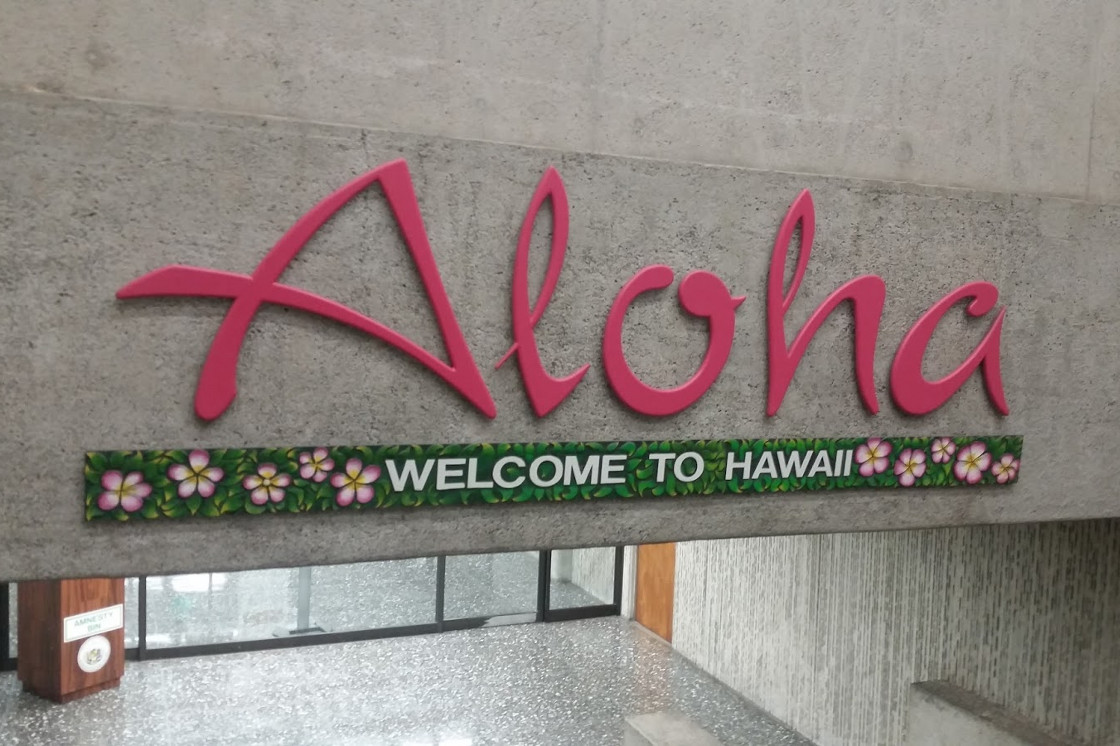 Today is the day we finally hit our 50th state as we head to Hawaii later on in the day, but first, we had to disembark the ship.

It was pretty sad to be leaving the Celebrity Solstice after an impressive week traveling around Alaska. In fact, it was probably the best part of the entire trip so far with some of the scenery we come across blowing our minds.

We awake pretty early at around 7 am and have a shower and then head off to the breakfast buffet for one last time. Then we headed back to the room for one last time, said goodbye to Edwin and then went to wait to disembark in one of the cafes.

After about 15 minutes of waiting, we got to leave the ship which was less time than we’d expected. We’d pre-booked a shuttle bus to the airport while we waited which was an inspired choice given the taxi line was about 50 metres long.

Still, it was a good 45-minute wait until the bus left with people everywhere. It didn’t matter too much because our flight was not until 5:55 pm and it was only 10 am.

We finally head off and arrive at the airport around 11 am. Annoyingly we couldn’t check our bags in until at least 6hrs before the flight, so we had to kill an hour at an overpacked coffee shop.

About midway we go and check our bags in and then buy ourselves into the Delta business lounge. It wasn’t the best lounge of all time, but it was better than hanging out in the public area.

It was a good chance to catch up on some emails and some work given we hadn’t had any internet connection for a week. We even spent time planning next years holiday. Another cruise, maybe to Rome this time?

Finally, it was time to board the plane. It was a 6hr flight which we spent watching shows on the iPad; it felt like it went pretty quick. We arrived at 9 pm local time and got a taxi to our hotel.

The hotel was pretty epic. It was right on Waikiki beach with some lovely views. Feeling hungry, we head to a restaurant around the corner and grab a very late tea, then head back to the hotel and conk out after a long day of doing nothing.

More Photos from our last day in Seattle