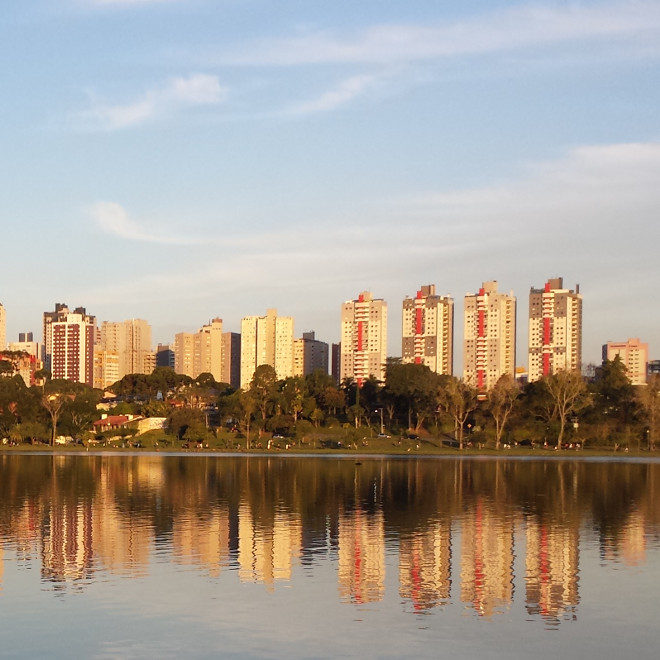 Party town to The Big City

We head to the buffet breakfast (seriously, how are we not getting fat?!) have our fill and then await the bus to Curitiba.

The fanatics staff assured us that it would only be around 4 hours so we check the not so reliable google maps and from our hotel to the next it said 4.5 hours… Someone’s pulling our leg here…

Being burnt by the last bus trip we prepared for about 6 hours and it wasn’t too far off. Our bus collectively decided that we didn’t want to stop for lunch (such a waste of time!).

So we burned on through and after only one breakdown that lasted about 20 minutes we arrive at Curitiba after 5 hours of high speed, death defying bus driving.

We jump off the bus and within about 5 minutes, without even having the old long trip stretch, a Channel 9 reporter had a mic in our face asking us about the next Aussie game against Spain…

Shit, stage fright kicking in… So I miraculously pull an answer from god knows where and it ends up on tv back home, hell yeah!

Our hotel was quite swanky, it looked like something out of an old movie with attempts to modernise it gone wrong, everywhere you looked there was redwood, in the floors, beds, walls, bathrooms and all the doors.

We put on our walking shoes and head for Parque Barigui which is a HUGE lake with a running, walking and cycling track going all the way around it.

The official FIFA fan site was meant to be here but they decided to change it to an old quarry that’s about 1.5 hours away on foot… Smart…

This park would have been perfect, think Lake Wendouree x 10.

We weren’t sure what was going on there but every second person had a Van Halen t-shirt on and had about 10 piercings on their face and wore all black. Not judging but why would hundreds of emos be hanging out at a park. It was odd…

So we do a lap, take it all in and then head out for some lunch/tea, we end up at a place called Subs which is an 80’s American type place that has all the usual burgers and subs. We settle for a baked potato stuffed with beans and corn chips, we get a nacho and a potato in one, it was delicious!

After bumping into some Aussies on the street we find out that there is a Parque de Espanà where it was all happening in terms of the World Cup, so we head on down there and it was heaving!

The USA vs Portugal game was about to start and safe to say every place we tried that had a tv was so packed that there wasn’t any room to even stand.

We end up leaving and head in the direction of the hotel to find somewhere but it was the same everywhere we went, packed house, so we dropped into a supermarket, stocked up on snacks and shacked up in our hotel room to watch the end, who needs other people to enjoy football and sugary foods!

Where We Stayed in Curitiba