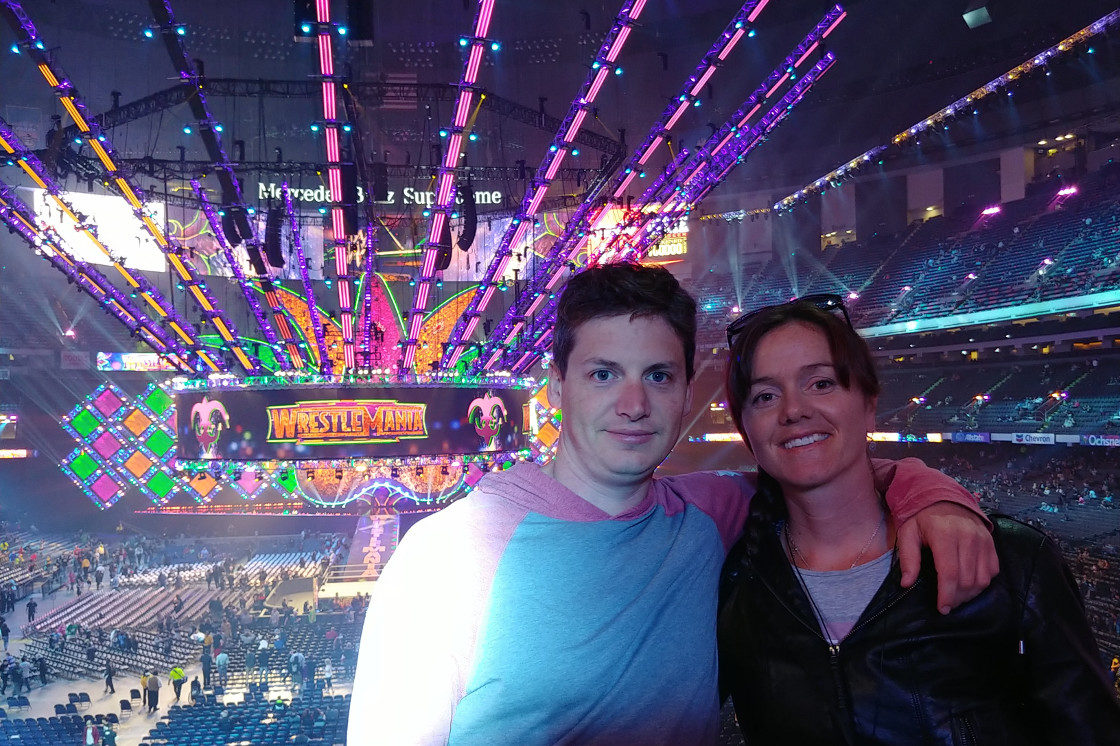 Wrestlemania 34 was finally upon us! The day had finally come and we were super excited for the day ahead.

Our day began with a sleep in until about 10am, then a long walk around the city looking for somewhere to eat breakfast. This was not an easy task given there were thousands of other people doing the same thing.

Strangely, we ended up at the same place as yesterday without even realising. We’d gone in different entrance than yesterday.

After breakfast we decided to go for a walk to the Superdome to see what kind of festivities were going on.There was a Wrestlemania 34 block party going on with live music, activities and best of all – free Snickers like at WWE Axxess!

We knocked about here for a while, then went to grab some lunch from Rouses grocery store. Then met up with two to make our way to the Superdome for Wrestlemania 34!

In what was a pretty stacked card, a card many were saying was the most stacked ever, there was always going to be plenty of highlights.

It was a 7-hour show with 14 matches, a Wrestlemania record. With such a long show, you’d expect plenty of filler or a lot of dull moments, but those moments were few and far in between.

The opening eleven matches were all exciting and unpredictable. The only dampener were that the final three matches on the card were big let downs, especially the main event.

It left a little bit of a sour taste in everyone’s mouth, which is a shame because it was otherwise a fantastic event which I am sure everyone of the 78,000 in attendance enjoyed.

The stands slowly starting to fill up

A view from a different spot

The Andrew The Giant Battle Royal

One of the great entrances by Shinsuke Nakamura