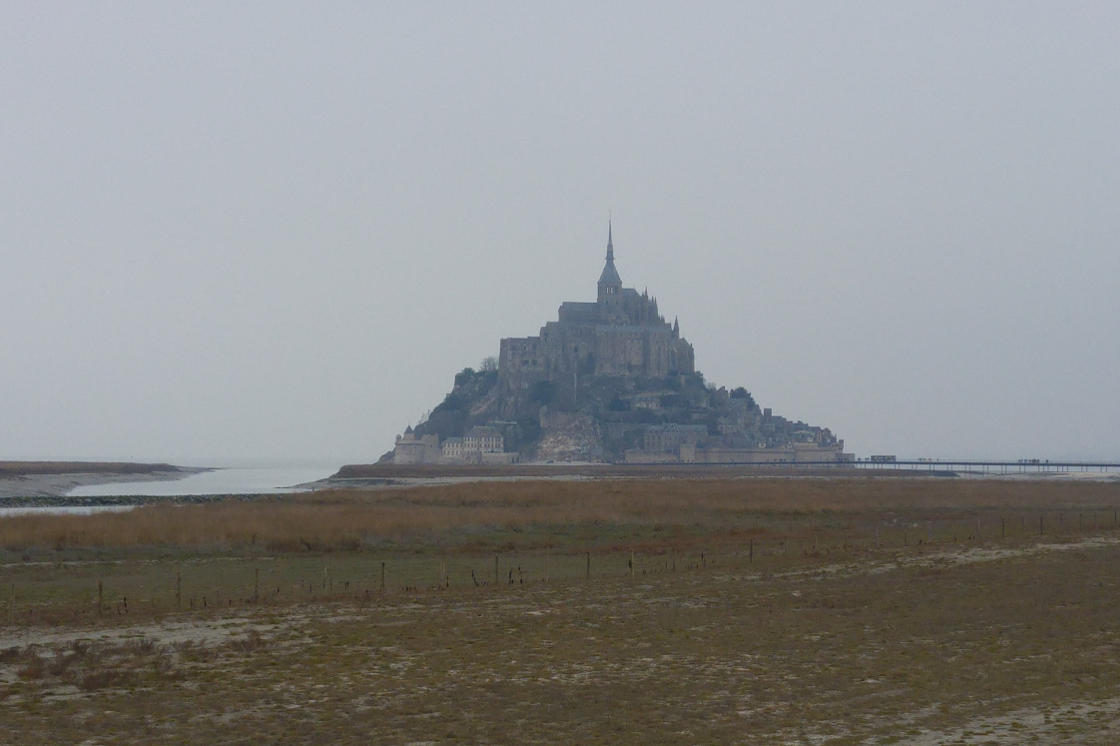 Pulling open the curtains this morning, we were sad to see the dreaded fog had once again taken over the sky. Not ideal, given we were going to Mont Saint-Michel today.

The sun was gone, and so was the marvelous weather that we had been enjoying since we got back to France.

We head down to the breakfast room and have yet another odd breakfast of Special K, a croissant, a sultana pastry and a piece of tea cake. Super healthy..

Back in the car again after paying for parking and trying to find our way out of the garage, we make tracks for Bayeux and the Normandy beaches of the D-Day Landings.

About an hour and a lot of tiny villages later, we arrive at Omaha Beach, the very site that the Americans, English and the Canadians took back Normandy from the Germans.

Bitterly cold outside we don’t walk the beach for too long before we make our way up to Point Du hoc, the place where the allies scaled the hillside from the cove below.

There were countless bunker holes that looked like craters all over the ground up here.

Entrance to a Nazi bunker

Linnie at the top of Pointe du Hoc

Inside a German Nazi bunker

Linnie at the entrance of a bunker

We also got to go inside one of the cement bunkers and look out onto the coast through what would have been the spot where the Germans held tight, shooting the allies through the small openings.

It felt quite eerie standing where we knew the Nazi Germans had been, almost like we were trespassing.

We wander around the battle fields for a while longer and then make our way back to the car, It had been so interesting seeing the grounds as they were, it was like it had only happened a few days ago.

Off to Mont Saint-Michel

Not only that, but it is situated in the middle of nowhere right on the edge of the sea. So when the tide comes in, the mountain gets surrounded by water and is unreachable by car.

This is different. We have to back up and pull into the car parking area and walk a kilometre to the hotel.

After check in, we find out that for 4 Euros we can have an access code and park at the hotel. So we go back to the car, back to the boom gate and finally get inside and find a park for the day.

With no car access to the mountain due to this bloody boom gate and security, we can either walk the 2.6km or catch a shuttle bus to the mountain. So, of course, we throw on a jacket and about six layers underneath and make our way by foot.

The mountain is bloody huge as so is the Abbey that sits right at the very top, this place is like stepping into a movie set or something out of a Disney movie, it doesn’t seem real!

The Abbey from down the bottom

View from within Mont Saint-Michel

With beach and sand all around us, we take the path to the entrance and make our way through the grounds, past little shops, restaurants, hotels and through the tightest alley ways we have ever walked through.

Finally, we make it to the very top and take a tour of the Abbey. Not the most ornate of Abbeys, but it was fairly big for something that sits on top of a mountain.

Here we spend the next hour wandering through the hallways and corridors, gardens and great halls until we reach the exit and are back out into the cold.

We spend some more time exploring and then decide to head back. It has started to mist rain so we probably should have taken the shuttle, but we end up walking back, so foggy that we can’t even see the hotels in the distance or the mountain behind us.

What seems like an hour of walking we finally get back and duck into a cafe for a coffee and a sultana pastry (Adams new favourite).

After a nice long rest in the room, we begin our quest to find something nice for dinner, and after two failed attempts due to the restaurants being booked up, we finally find one right at the end of the street.

Two Vegetable pancakes later, we are full and satisfied. Time for bed now, we are knackered after so much walking and so many stairs. Off to Nantes tomorrow for some more sightseeing! 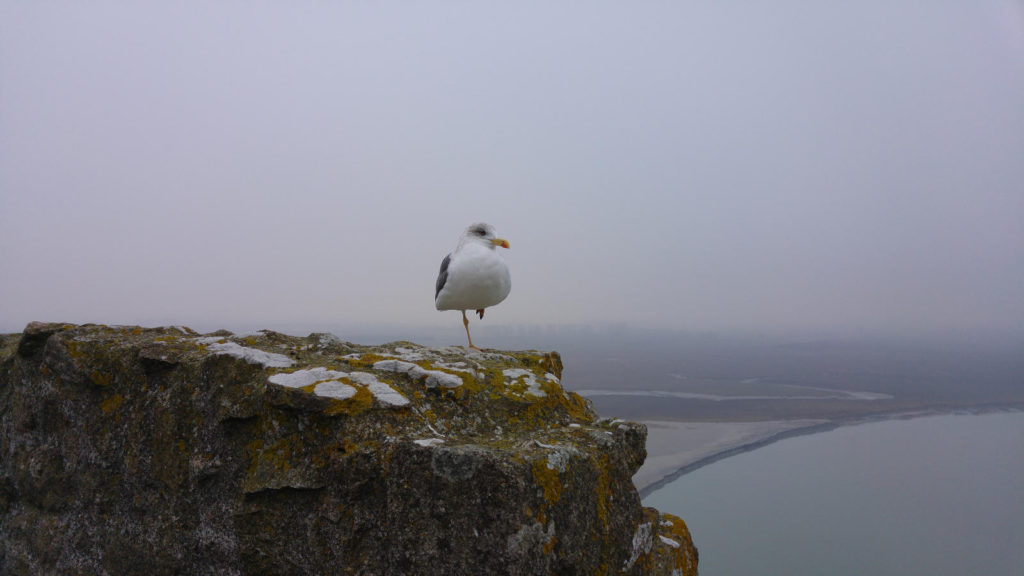 Where We Stayed at Mont Saint-Michel