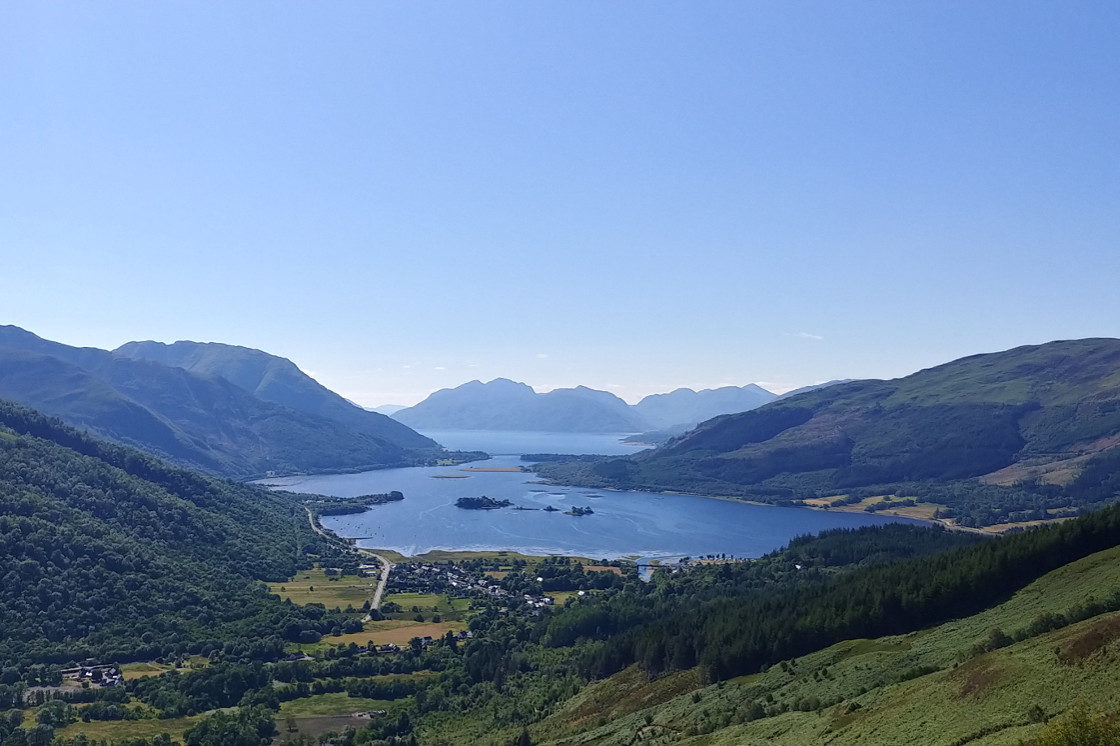 Our breakfast take two was just as good as the morning before. When we go travelling around in future, I will be sure to book private rooms in older peoples houses, their hospitality is second to none.

We said our goodbyes and set the GPS for the first of many stops for the day, the Loch Ness Museum. While we did bike to the Loch the day before, the Loch Ness centre was on the other side, along with all the other touristy places.

So we pull in and park the car in a rather steep and slanted car park and make sure to pull the hand break up nice and tight.

Going inside we head into the first of the rooms which we thought was just the introductory video, but as it turned out there were 6 consecutive rooms each showing the timeline of the Loch Ness Monster sightings, exploration and its findings.

Of course, the myths were all debunked and with all the sonars, cameras and other technology of the time, nothing was ever found even though there were over 1000 sightings over the last 100 odd years.

Our next stop was Urquhart Castle, which was also on the Loch Ness.

This tour did start with an introductory video funnily enough and as the movie ended and the screen went up, the backing curtains parted and revealed the huge castle ruins in all their glory. It was quite the spectacle.

We all pile out of the cinema and head down to explore the castle. Right in the depths of the castle we see a small film crew set up, intrigued, we walk over and wouldn’t you know it, bloody Denis Walter again.

What were the odds? After he was finished shooting we pop over and say hi. He was there shooting for a new travel show called Hello World and had been all over Scotland over the last week.

He loved that we were from Ballarat and we spent the next while sharing travel stories. He’s a super nice guy and it was great to meet him. What a champ!

Starstruck yet again, we explore the castle some more with wide grins on our faces, the other tourists would have thought we were odd.

Another view of Urquhart Castle

Ruins from one of the towers

Leaving the castle now, our next stop was Fort Augustus, a very cute little one road town with a huge canal running right up the middle.

It was one of those uphill canals that can take small boats and ships from the bottom to the top. We didn’t get to see it in action but it was still pretty cool to see.

Not having many lunch options, we opt for a fruit salad and a scone and even buy a big punnet of strawberries off a street vendor on the way back to the car, they were freshly picked, warm and deeeelish.

Another Fort was next on our day trip, Fort William. While this was just another small town, it did have a very quaint castle ruin to see called the Old Inverlochy Castle.

One of our favourites, it was the old school square with a tower in each corner and set right on the water with big beautiful trees all around. If I had to live in a castle, this would be my choice.

Our last stop for the day was Glencoe and after about 40 minutes we pull in and find a park as we couldn’t check in until after 5pm.

With Glencoe being famous for mountain climbing, trekking and hiking, we can’t resist wandering into the woods and hitting the trails.

So we stop into the local market and pick up a few snacks, fashion Linnie’s sarong into a bag and hit the tracks.

The walk started out very easy, in fact, we were a little disappointed at how tame it was, although quite beautiful.

Walking along we see a gate which looks like it had a path on it, so we go through and little did we know, we just found us a mountain climbing path.

After 1 and a half hours of climbing up steep slipping rocky paths and still not getting to the top, we call it, even though the top looked so very close, the rest of the way was near on vertical and the footpath was just a bunch of loose rocks.

Getting down was just as precarious as going up, but we take our time and arrive down in one piece, our calf muscles singing a rather loud song. But the views were well worth the climb and we even got to try some ice cold mountain water.

Finally back to the car, we drive the 2 minutes to our Airbnb for the night to check in. The place was right on the water and the only one on the water side of the road, so we felt a bit special.

The old building had had a complete reno and was possibly the best room yet for location and luxury. We meet the host and compliment them on their work having only renovated it 1 year ago. It was a stunner.

After a quick rest, we head out for dinner, opting for a pizza from a restaurant about a 15-minute walk away along the coast.

The guy in the shop was a bit odd only having a few teeth, but the pizzas were quite good and we devoured every last scrap, I think we may have been hungrier than we thought!

We walk back and head out onto the earth made pier and enjoy the last rays of sunshine for the day watching it disappear behind the huge mountains. What a day!

Hopefully, our legs will have recovered enough for tomorrow, our Airbnb host is an avid mountaineer and gave us a rather epic sounding hike to do. rest up legs!

Our accommodation dates back to the 1600s

Saying goodbye to our Inverness house in the morning

Probably our favourite room of the trip so far

Where We Stayed in Glencoe