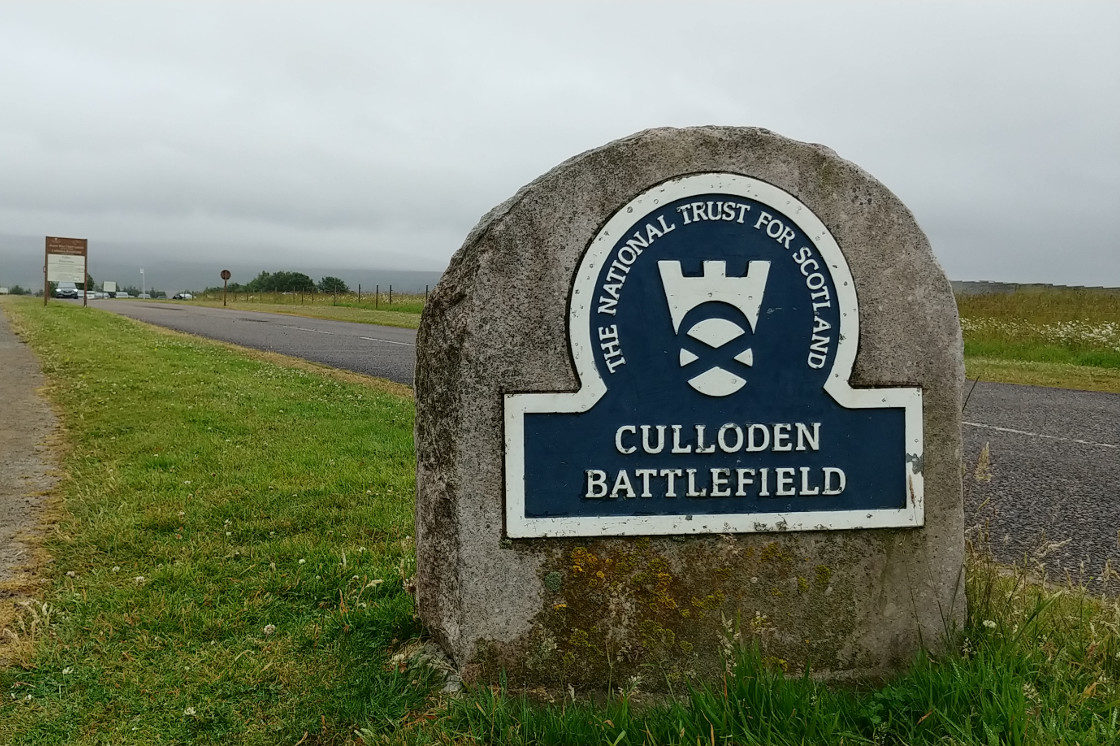 Not being anywhere near a beach, we are woken up by what seemed like a whole flock of seagulls. Not the Aussie kind, the giant mutated Scottish kind.

With breakfast being prepared for us by our lovely host Anne, we head downstairs and are delighted to see a huge spread of food. There was toast, bagels, melons, berries, cereals and croissants with jam or marmalade. Talk about spoilt!

To make us feel like even bigger jerks, they didn’t have any milk alternatives, so Annas husband flatly refusing our offer to get some, headed out, on foot I might add, to the local and brought some back. What a champion!

The feeling of full satisfaction from a hearty breakfast sitting in our bellies, we head out to the bike hire shop and rent a couple of bikes for the day.

For some reason the bike hire guy was a bit of a dick, but we got there in the end and left Inverness, bound for the Loch Ness.

About an hours bike ride up and down the hilly roads, we finally make it to Dores and secure our bikes for a wander around.

While there wasn’t a specific tourist area, which surprised us, the perimeter of the lake was just rocks and pebbles with not a restaurant, cafe or shop in sight.

We find a little path in the bordering forest and look around, so many old campfire spots, this must be a popular area for the free campers.

Free campers being that you can camp anywhere in Scotland as long as you clean up and its not on private land. We will keep this up our sleeve for a future holiday.

Coming out of the forest we sit and watch the water, hoping to spot you know who, but alas, the only thing stirring in the water was the ocean like waves crashing on the shore.

We have reached Dores

The Loch Ness is an eerie but beautiful place

Time to head back and with the road home being mostly downhill it wasnt long until we were back in Inverness. Lunch was most definitely on the cards, so we found a veggie restaurant and ordered up the most delicious soup and wrap we have had in a while.

Feeling full, tired and a little sore, we ride back to the house and have a well deserved lay down. With full intentions of our next stop being the Culloden Battlefields, we roll of the bed after a little nap and decide to drive, feeling rather sore.

So we jump back on the bikes and return them to the rental shop. As we walk out, we were hit with some sort of wetness coming from the sky.. What was this?? Bloody rain!

Not being big old fat rain, we managed to make it to the car and head off without getting too wet. And then it was off to the Battlefields.

Being quite apt weather for such a dire place, the Culloden Battlefields was made infamous by the great battle between the English Government and the Highlander Jacobites.

Safe to say it was a very one-sided battle which ended the Highlander clans for good.

The battlefield was laid out as it was with the English troop lines on one side, depicted by red flags, and the Scots up the other end, which had the blue flags.

Right in the middle of the field were stones with each clan name etched into the rock. A headstone I guess you could call it, as pretty much every Scottish Soldier died on the field, with only 50 English casualties. A shambles.

We walk the battlefields for a time, the wind whipping up and the centre closing we make our way back to the car and drive home with the rain now teaming down. Thank goodness we decided not to ride!

Flag marking the spot where the Jacobites were positioned

The Culloden Battlefield of 1745

Where the English were positioned

Well past dinner time, we walk into town and decide on an Indian restaurant that was nice and close.

Not too happy with the coconut rice being laced with coriander, the meal was quite good and the views over the River Ness even better.

About halfway through our dinner, Adam looks over at a neighbouring table and can’t believe his eyes.

It was bloody Denis Walter! WTF was Denis Walter doing in an Indian restaurant in Inverness??

It wasn’t even a super nice Indian restaurant, you even had to go up some dodgy looking stairs to get there. Very strange!

Totally starstruck, we head home with our mouths agape. What were the odds.

Time for bed, not sure if we could fall asleep after all this excitement.