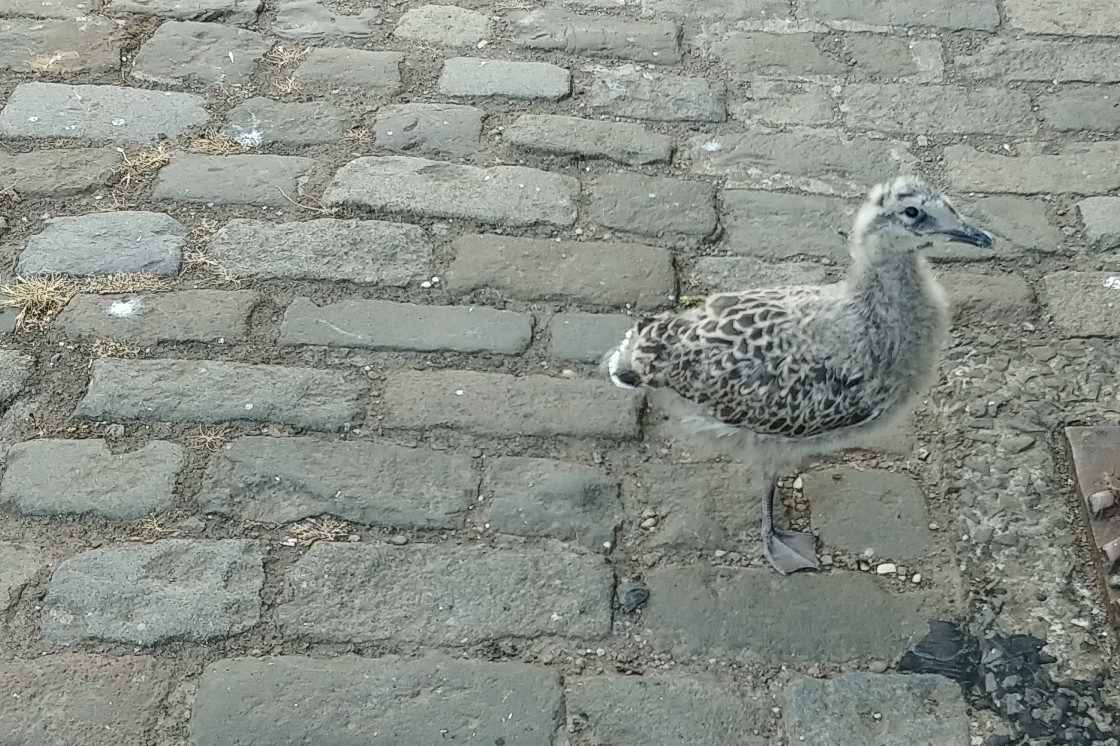 After a lovely couple of days in Edinburgh, it was time to move on again, this time to Dundee.

We were up nice and early, with Linnie cooking rolled oats again, then it was time to tidy up the apartment and hit the road.

But, not before hitting up that cafe we found randomly yesterday to grab a scone and a coffee for our travels. Damn they were tasty!

Then it was back to the train station to go pick up our car from Newcraighall. A genius idea, rather than paying the crazy $90 for two days parking.

We jump in the car and set our GPS to our hotel in Dundee and find it is roughly a 1h15m drive. But we should have known better as that time blew out to about 1h45m in the end thanks to crappy traffic.

Eventually we arrive to the hotel around midday and found out that we’d been upgraded to a bigger room with a water view. Score! So we chill out for a bit, then go for a walk into town.

On our way we come across a little baby bird trapped behind a steel fence on it’s own crying. We tried helping him to escape through the bars, but he kept running from us. Hopefully the little guy would be ok!

The streets of Dundee

A little obstacle course next to our hotel

We then go for a stroll around town, quickly finding out it is a one horse town without much to do. There weren’t a lot of options for lunch either, in the end we got a smoothie and got some black bean cakes and hummus. Not too bad in the end.

It was then back to the hotel to have a swim and spa, which was nice, then back into town to find a pub showing the France vs Uruguay match. But this proved to be difficult.

After walking in to crap pub after crap pub, we ended up back at the room watching it, then spent the next couple of hours chilling out in the room.

By now it was 6pm so it was downstairs for tea in the hotel restaurant. We had a 25% voucher, it was the hotel that kept giving. Our meal was a vegan burger with a side of veggies and it was damn delicious.

They also told we had to make a reservation as it gets busy. Turns out we had the whole place to ourselves…

We went back to the room to watch the first half of the Belgium vs Brazil match, then at half time went to get a snack and some batteries. We even brought some bread down just in case we found that little bird again.

After a bit of looking around, we find him again, hiding around the corner on his own. We tried feeding him but he didn’t know what to do, so we tried to get his family over.It worked a treat!

They had themselves a nice feed courtesy of us, then we said goodbye and went to watch the second half of the match, which Belgium ended up winning 2-1 in an exciting finish.

The rest of the night was spent chilling out in the room; a nice rest day before a big few days exploring the highlands of Scotland.

Where We Stayed in Dundee