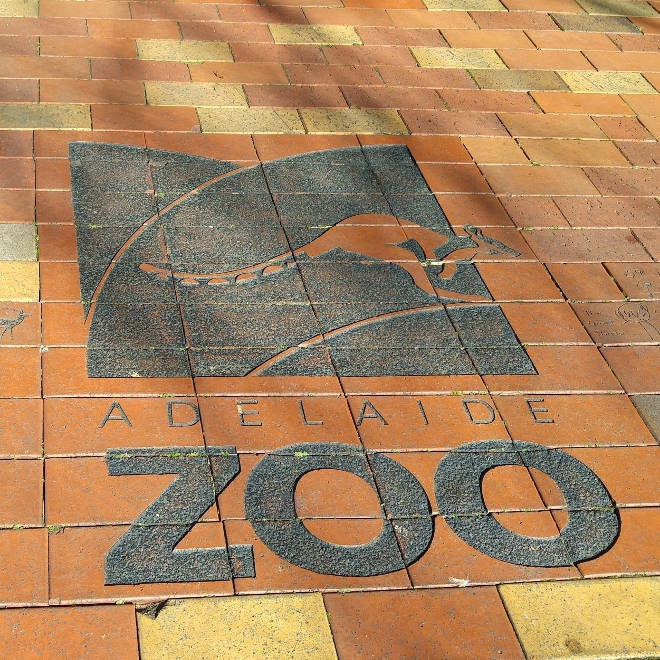 Today was the big day, the reason we’d come to Adelaide. It was the Socceroos match! Also, it was time to visit the Adelaide Zoo.

Like yesterday, we got up at around 8am, but rather than stuff around trying to find a decent breakfast place, we headed straight back to Fair Espresso and ordered the exact same meals. Damn they were delicious!

Our walk up Rundle Mall was fun, as we were walking past as everyone was ready to start work, so it was a good vibe and it felt busy.

After breakfast, we decided to head to the Adelaide Zoo for a wonder around. As luck would have it, we rocked up at the exact second the gates opened.

The Adelaide Zoo was expensive at $35ea, but it was quite a decent zoo to be fair.

We spent the next couple of hours walking around looking at animals, the highlights being the Pandas, Lions, Pelicans and Meerkats. The usual suspects really.

It was now late morning so we decided to go find a sports bar so we could watch Game 3 of the NBA Finals. Golden State led Cleveland 2-0 heading in to this game, so there was plenty on the line.

After some walking around, we settled at The Rosemont where there was a decent crowd inside to watch the game.

This match brought back the memories, as we were at this exact match back in 2015. The same teams and same stadium.

Luckily the match was a cracker, as Cleveland got out to a big lead in the second half and led for the majority of the match, before the Warriors scored the last 11-points of the match to steal a famous win and make the series 3-0, and effectively all over now.

Feeling hungry, we went back down Rundle Mall to find some food and ended up at some Vietnamese place eating fried rice and veggies for lunch. It was quite delicious.

With the Socceroos match still 3-4 hours away, we decided to head back to our room to do some reading and chilling out, before heading to the game.

The afternoon went fast and we left about 6pm, stopping via Coles on the way, to grab some chips and deep and some drinks, rather than settling for the crappy food expected at the stadium.

Adelaide Oval was a short 15-minute walk from Rundle Mall and we got to the stadium super early, so it was a good chance to soak up some atmosphere.

Our seats were fantastic, right next to the television camera on Level 2, right on the wing.

Ironically, the people next to us went to The Fanatics tour in South Africa back in 2010, so we got talking to them for a while.

Finally, it was now kickoff time at 7:30pm. An early goalkeeper blunder from the Saudi Arabia keeper gifted Australia an early goal. It was a play that would almost certainly lead to the controller being thrown across the room if it was a game of FIFA.

The Socceroos were dominating before Saudi Arabia got a goal against the play to level it up at 1-1.

Australia then got second goal, before conceding another goal against the run of play deep in injury time right before the half time whistle. We went into the break at 2-2.

The second half was much of the same, with Saudi Arabia playing pretty good football and Australia unable to find a breakthrough, despite dominating.

Finally, the breakthrough came late in the second half. Australia got a nervy, but deserved 3-2 win to put their World Cup qualifying campaign back on track.

After the game, we caught up with a mate we’d met at the 2014 World Cup named Razz, along with a couple of his friends.

We’d seen he posted on Facebook he was at the game, so asked if he wanted to catch up. We went to a pub around the corner and had a chat. It was great to catch up with him again.

After a drink, we went back to the hotel, and who should we run into in the elevator of all people? Mark Bosnich!

He was super nice and we had a quick chat to him before heading back to the room for our last night in Adelaide.