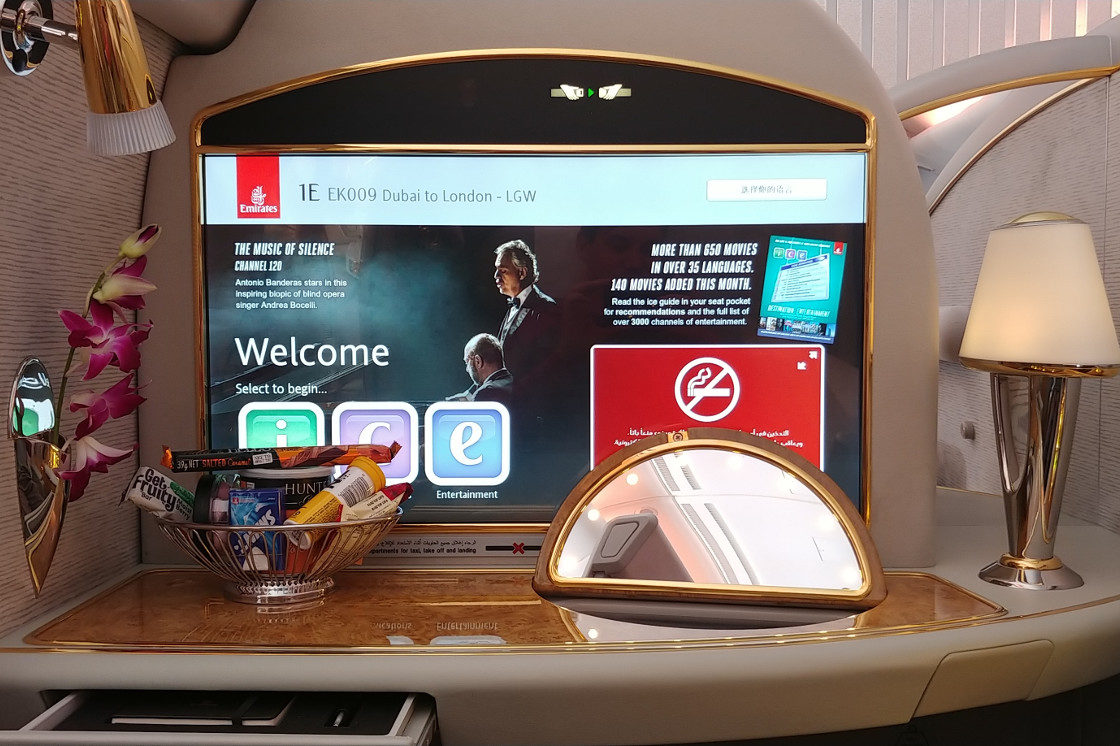 The time had finally come, it was time to head off on our UK expedition, with the added bonus of a First Class flight to London!

Our plan was originally to go to Russia for the World Cup, after awesome experiences in South Africa in 2010 and Brazil in 2014. We opted to skip this World Cup, deciding instead to go on a road trip around the UK.

But before all that, there was plenty to do before we jumped on the aeroplane.

Our final day was spent cleaning all six of our Airbnb’s, as well as hours spent at the laundry doing 8 loads of washing, followed by plenty of last minute jobs. Plus, of course, last minute packing.

We’d organised for a taxi to pick us up at 10:10pm so we could get the train to Melbourne, but we arrived at the station to discover that on public holidays they revert to the Saturday schedule. That meant we missed the last train. Woops!

We had no other choice, we had to call an Uber. Our driver was a lovely lady named Lee who chatted to us the entire way, it felt like it was a 10-minute trip. An expensive trip though, coming in at $165.

Killing time at the airport

Arriving at the train station

Lee dropped us at the airport at around midnight, which meant we had a few hours to kill. It wasn’t until 3pm that we could go through security and then hit up the Emirates lounge.

After another hour or so of waiting, it was finally time to board. But it was worth the wait, as our seats were amazing.

We got our own little cubicles each along with a little fridge, flat screen television and plenty of space. The perfect way to spend 22 hours in the air.

Another perk was that we could take a shower on board whilst flying. The water pressure was quite decent, and the bathroom was nearly the size of the one in our house. It even had heated floors!

To top it off, the meals were incredible. They kept bringing us meals and snacks all the time and our drinks were always topped up.

When we felt tired, they would come and setup a mattress for us and turn our seat into a flat bed. It was damn comfy too, almost a comfy as our bed at home.

We didn’t want the flight to end, but after 14 hours we had finally hit Dubai with a 2-hour stopover awaiting us.

Turns out that the First Class lounge offers complimentary massages, which we took advantage of right before we boarded. There was even a free restaurant with a buffet.

Linnie even had her boots shined, looking as good as new. Then we realised it was final call, so frantically rushed to our gate, making it just in time for the last 8-hours to London.

It was the same plane and we had the same seats, but this time we had a box of goodies to eat.

The flight felt like it went for an hour and we exited the plane feeling refreshed for what was a loooong 24hrs.

Linnie getting her shoes shined

Our basket of goodies

Our view for the next 22hrs

Not often you get a good rest on a plane

After a lot of stuffing around in circles looking for our hotel, we asked someone the directions and it turns out we just had to catch the terminal train to the South Terminal. That would have been handy to know earlier.

Our hotel was the BLOC Gatwick Hotel and it was literally just room with a bed shoved in and next to no room.

We arrived around 9:30pm and pretty much died on the bed straight away.